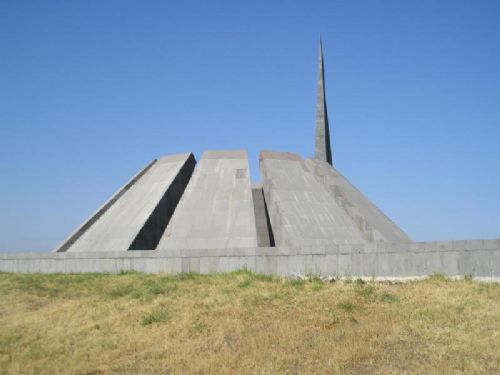 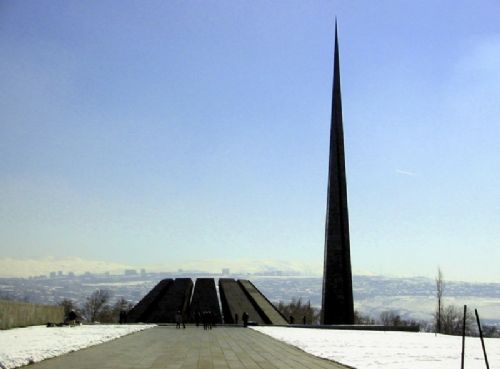 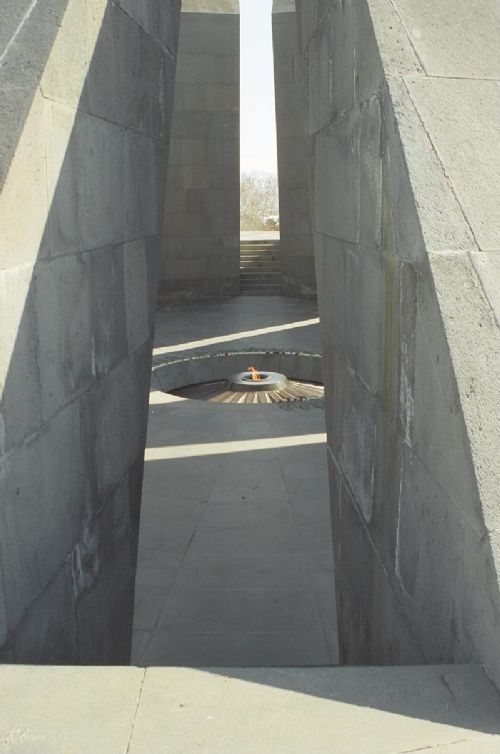 The Genocide Monument in Yerevan is a memorial complex dedicated to the memory of the one and one-half million Armenians who perished in the first genocide of the twentieth century, at the hands of the Turkish government as victims of the Armenian Genocide.

More information on this memorial that was dedicated in 1968, including some images, can be found on armenian-genocide.org from which the following passage is quoted: "Several freestanding architectural & sculptural works are erect in a large park on a hill, which also houses other cultural and social building complexes. The specific genocide monument consists of an underground museum with library & archive sections; an axial path leading to the central area of the monument that is paralleled with a 100 meters by 3 meters basal wall with inscriptions of the names of the regions, towns and villages of Historic Western Armenia (the regions where the genocide occurred). From 1988-1990 cross-stones (khatchkars) were mounted in the vicinity of the Genocide Monument to commemorate the Armenians who were massacred in the 1980s in the Azeri cities of Sumgait, Kirovabad, and Baku. The central memorial structures consist of a circular area that shelters the eternal flame memorizing all the victims of the Genocide; it stands as the Memorial Sanctuary. The eternal flame is housed under 12 tall, inward-leaning basalt slabs forming a circle. The shape of these walls simulates traditional Armenian khatchkars".

90th Anniversary of the Armenian Genocide