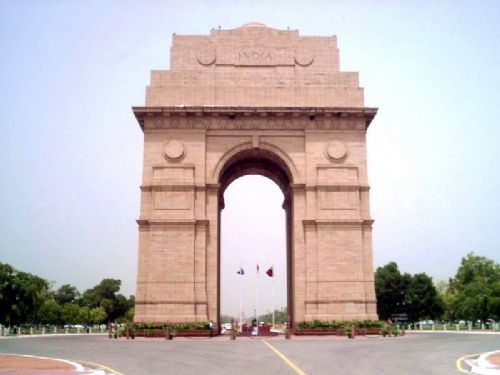 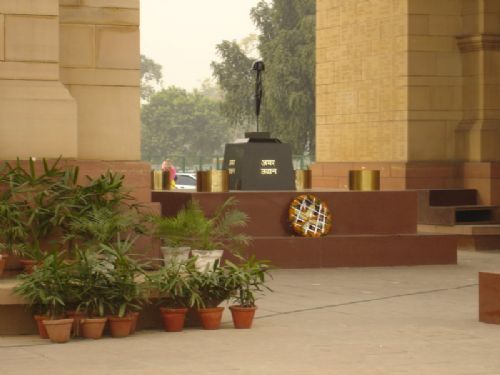 A flame known as the Amar Jawan Jyoti (the flame of the immortal soldier) is kept perpetually alive here.
License: CC-BY-SA 3.0 | By: User:Deepak | Source: link | enlarge 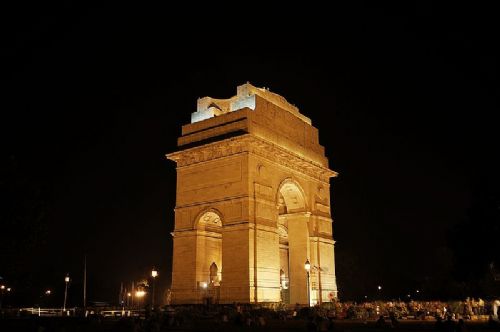 Situated on the Rajpath in New Delhi, India Gate (originally called All India War Memorial) was built by Edwin Lutyens to commemorate the Indian soldiers who died in the World War I and the Afghan Wars. The names of the soldiers who died in the wars are inscribed on the walls. Burning under it since 1971 is the Amar Jawan Jyoti (eternal soldiers flame) which marks the Unknown Soldiers Tomb.

To the dead of the Indian armies who fell honoured in France and Flanders Mesopotamia and Persia East Africa Gallipoli and elsewhere in the near and the far-east and in sacred memory also of those whose names are recorded and who fell in India or the north-west frontier and during the Third Afgan War.

From the sideIndia Gate is situated such that many important roads spread out from it. Traffic passing around India Gate used to be continuous till the roads were closed to public due to terrorist threats. The lawns around Rajpath are thronged by people during the night, when the India Gate is lit up.