The War of Independence Victory Column 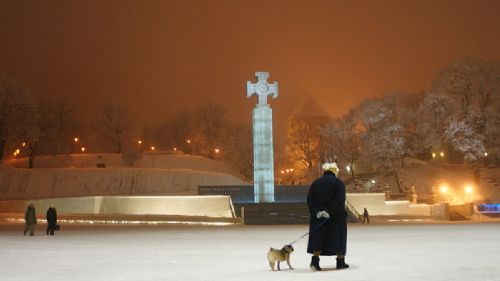 The War of Independence Victory Column (Estonian: Vabadussõja võidusammas) is located in Freedom Square, Tallinn, Estonia. It was opened on 23 June 2009 as a memorial for those who fell during the Estonian War of Independence, through which the people of Estonia will be able to commemorate all those who had fought for freedom and independence. The pillar is 23.5 m high and consists of 143 glass plates. The memorial incorporates the Cross of Liberty, Estonias most distinguished award established in 1919.

War Memorials at the Old Church in Helsinki (Vanhakirkko)