The Memorial / next: The Brief >

The architect group Servo was commissioned to design the main memorial for the Polynational War Memorial. Ulrika Karlsson from Servo´s Stockholm office (see photo left) designed the proposal, which was delivered in April 2007 and is currently being processed for the final animation. Some renderings will be presented here shortly. Please read more about the assignment in the design brief.

Established in 1999, servo is an international collaborative of four principal partners with hubs in Los Angeles, New York, Stockholm, and Zurich. servo is an architectural research and design studio that experiments with technology, production, and material at full-scale. The practice has constructed predominantly experimental prototypes and projects commissioned by museums for exhibitions of international acclaim, several of which have been collected by a variety of arts institutions. More recently servo has been furthering the development of these experimental prototypes in the context of more conventional architectural projects. Many of these projects have been published widely and are among those shaping the forefront of design thinking in architecture.

A longer text on Servo´s work is available below.

With the shift from the second machine age to that of information, the reflexivity of the network has replaced the rigidity of the assembly line as a preeminent model of social as well as material and technological organization. servo operates within this general context and explores its potential for innovation at the scale of practice as well as design.

At the scale of practice, servo adopts the organizing principles of a network, integrating geographically discrete nodes of operation through various forms of telecommunication. To this extent, the practice looks to open-source methods of distributed production as an alternative to the more familiar centralized office structure. In part, this enables each local node within the practice network to retain a certain degree of independence while simultaneously participating in a larger collective endeavor. Operating out of cities located in both Europe and the U.S., this helps to insure that servo remains a fundamentally open and diverse system of practice, exposed to different forms of local influence while at the same time providing an overall cohesive and collective form.

At the scale of design, servos general conception of architectural space is in part integral to its conception of practice. Whereas the traditional purview of architecture exists within the design and production of physical objects and envelopes, typically through the employment of static geometric and material systems, servo imagines architecture in the realm of circuitry, servomechanisms, and transistors, each of which absorb, process, and redistribute matter, force, and information as part of a larger network of operations. To this extent, the groups work focuses less on the production of discrete objects or envelopes than on the development of architectural environments. Conceived of as essentially active and comprised of temporal conditions, shifting material states, the proliferation of electronic and digital equipment and interfaces, and in general the ebb and flow of information in real-time, these environments come closer to resembling the open and flexible characteristics of a network; they seek out behaviors of feedback and response and in general a dynamic rather than passive relationship with the user.

This general area of research into the design of architectural environments has been explored principally through the production of full-scale prototypes, installations, and exhibition infrastructures. Less complete and resolved in nature, as one might expect from a conventional design proposal, the work typically takes the form of a demonstration project. Essentially an experiment, these demonstration projects actively explore the potential of integrating static material and geometric systems with dynamic sound, lighting, sensory and other information-based technologies. Produced at full-scale, these projects serve as raw prototypes for the development of future architectural proposals.

Recent servo projects include an exhibition design for Dark Places at the Santa Monica Museum of Art and a full-scale installation at the MAK Center for Art and Architecture in Los Angeles, both completed in 2006. Recent exhibitions include Metamorph at the 2004 Venice Architecture Biennale and Glamour: Fashion, Industrial Design, Architecture at SFMoMA in 2005. The groups work is part of the permanent collections of SFMoMA in San Francisco and the FRAC Institute in Orleans, France. Recent publications include 10x10_2 published by Phaidon Press in 2005 and Collective Intelligence in Design published by Wiley-Academy in 2006. 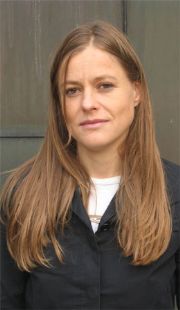 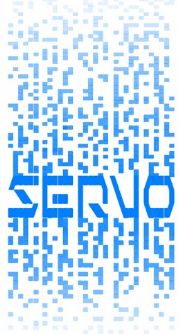