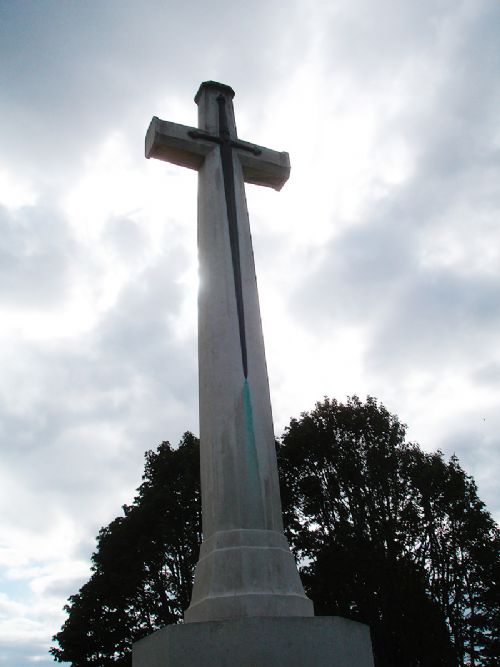 
Bayeux is a small town in the Calvados department in Normandy in Northeastern France with a history going back to the 1st century BC. During World War II it was one of the first towns to be liberated by the Allied forces during the invasion of Normandy.

Bayeux War Cemetery is the largest Commonwealth cemetery of the Second World War in France and contains burials brought in from the surrounding districts and from hospitals that were located nearby. The cemetery is located in the south-western outskirts of the town Bayeux only a 30 minutes walk from the city centre on the by-pass which is named Boulevard Fabian Ware.

It was completed in 1952 and contains 4,144 Commonwealth burials of the Second World War, 338 of them unidentified. There are also over 500 war graves of other nationalities, the majority German.

The cemetery contains the Cross of Sacrifice or War Cross, designed by Sir Reginald Blomfield for the Commonwealth War Graves Commission.

The Bayeux Memorial stands opposite the cemetery and bears the names of more than 1,800 men of the Commonwealth land forces who died in the early stages of the campaign and have no known grave.