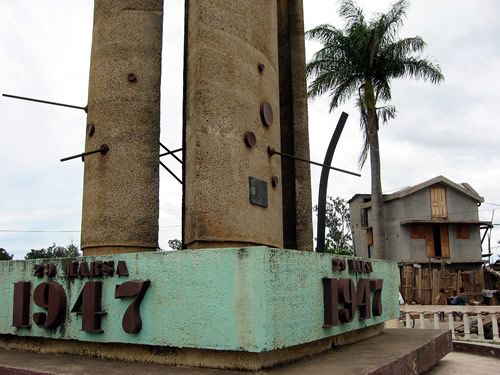 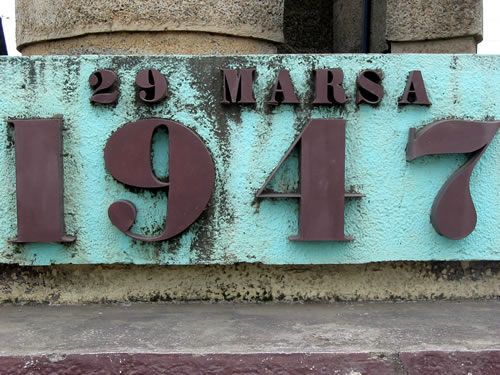 Two images of a memorial commemorating the March 29 massacres on eastern Madagascar. In 1947 Malagasy nationalist tribesmen revolted in the eastern part of the island and one third of the island was seized before French soldiers stationed on the island received reinforcements from France, and were able to quell the rebellion. The loss of life was high - more than 11,000 persons died in the fighting, 180 of those reported to be non-Malagasy. More information
about the uprising and massacres