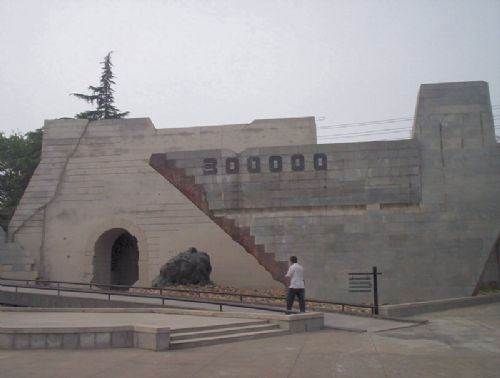 As many as 300,000 people were slaughtered in Nanjing by the Japanese army when it invaded China in 1937. This memorial was built in the eigthies to commemorate the victims.

More information about the massacre can be found at humanum.arts.cuhk.edu.hk from which the following quote is taken: "The actual Hall is located in Jiangdongmen (The Gate on the Eastern Bank of the River), one of the sites where countless human bones of the victims of the Massacre were excavated. It is just one of those "wan ren keng" (pit of ten thousand corpses) which can be found in many Japanese occupied areas in China during the war."

Also visit Wikipedias article on the massacre, the memorial and this beautiful memorial web site in Chinese.