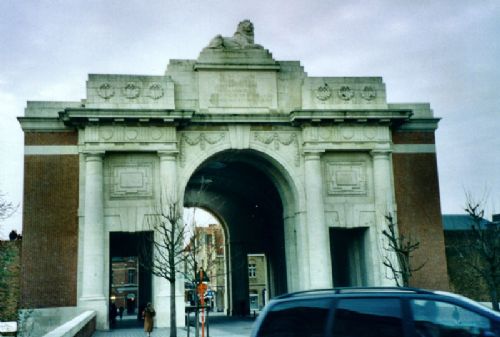 The Menin Gate Memorial at the eastern exit of the town of Ieper in Flanders, Belgium, marks the starting point for one of the main roads out of the town that led Allied soldiers to the front line during World War I. Designed by Sir Reginald Blomfield and built by the British government, the Menin Gate Memorial opened on July 24, 1927 as a monument dedicated to the missing British and Commonwealth soldiers who were killed in the fierce battles around the Ypres Salient area who have no known grave.