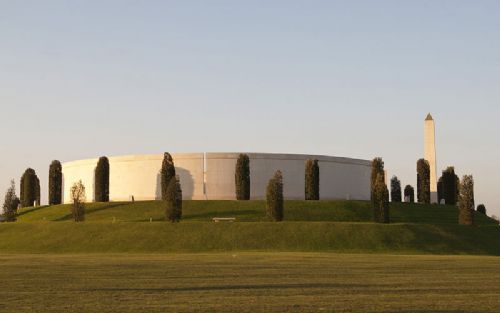 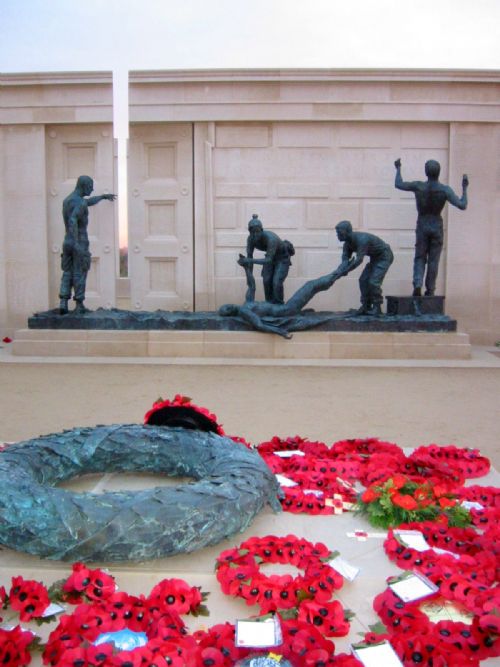 The Armed Forces Memorial is a national memorial in the United Kingdom, dedicated to the 16,000 servicemen and women of the British Armed Forces killed on duty or through terrorist action since the Second World War.

The creation of a national memorial for members of the Armed Forces killed on duty was announced by the Secretary of State for Defence in a statement in the House of Commons on 10 November 2000, to be funded by public subscription.

An international competition was held for the design of the Memorial, which was won by Liam O´Connor Architects and Planning Consultants, with Ian Rank-Broadley, Sculptor. The project design team consisted of Liam O´Connor (architect), Christopher Barrett (project manager), Alan Baxter & Associates (structural & civil engineers), Christina Godiksen, Robert Rhodes, and Daniel Benson. Liam O´Connor also designed the Commonwealth Memorial Gates on Constitution Hill in London. Ian Rank-Broadley conceived and executed the sculpture of the Memorial. He earlier sculpted the effigy of Queen Elizabeth II which has appeared on coins in the UK and Commonwealth coins since 1998. The letter cutting was done by Richard Kindersley. The design of the Memorial was officially unveiled at the Imperial War Museum, London on 6 April 2005.

The Memorial was officially dedicated on 12 October 2007 in a ceremony presided by Queen Elizabeth II and attended by Prime Minister Gordon Brown and Archbishop of Canterbury Rowan Williams. It was opened to the public on 29 October 2007.

OUR TRAIL OF THE TROUBLES

A SMALL ORANGERY IN STOCKHOLM

Memorial to the Sabra and Shatila Massacre

Monument to the Martyrs of Independence in Kinshasa

Our Trail of the Troubles

British Casualties in the Korean War

Fallen Australian Soldiers in the War in Afghanistan

Gallery of Martyrs in the Service of Hizballah

List of victims of the Sabra and Shatila Massacres

Roll of Honor: British and Commonwealth personell in the Suez Crisis

The Beirut Memorial On Line

The Korean War Project, US casualties

Victims of the bombing of the al-Amiriyah Shelter