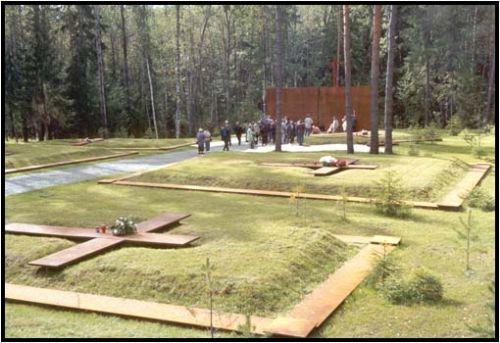 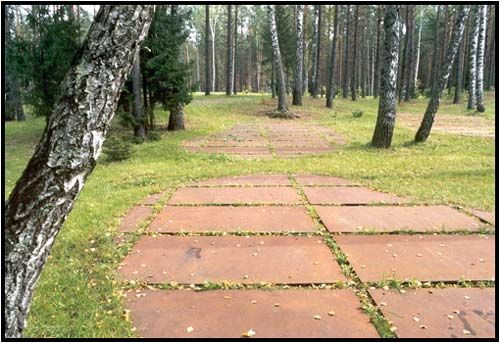 Katyn war cemetery is a Polish military cemetery located in Katyn, a small village 22 kilometres away from Smolensk, Russia, on the road to Vitebsk. It contains the remnants of 4412 Polish officers of the Kozelsk prisoner of war camp, who were murdered in 1940 in what is called the Katyn massacre. Except for bodies of two Polish generals exhumed by German authorities in the 1940’s and then buried separately, all Polish officers murdered in Katyn were buried in six large mass graves. There is also a Russian part of the cemetery, where an undisclosed number of victims of the Soviet Great Purges of the 1930’s were buried by the NKVD. The cemetery was officially opened in 2000.

The cemetery is a large, irregular area covering roughly 22 hectares of forest. All mass graves are located on both sides of the main alley. There is also a circular alley with thousands of names of the officers who perished in the massacre. At the end of the main alley there is a war memorial and an altar with a memorial bell located underground.