This war memorial was built to honour the Soviet soldiers that fell in the battles against the German army in the Second World War. It was located at the 17 June Street very close to the German parliament - the Reichstag - in what would soon become West-Germany which meant that it was beyond everyday reach for the Soviet Army. To be able to visit the memorial it was agreed that Red Army troops had free passage to the memorial on certain days of remembrance. Around the time in the early 1960ies when the Berlin Wall was erected the presence of Soviet troops on the streets of Berlin awoke much anger among the West-Berliners and Soviet military veichles was on many occassions bombarded with stones from angry protestors.
The memorial is constructed as an arch with a bronze soldier on top pf it. The design actually resembles the Brandenburger Gate which is located only 100 metres away.

The inscription on the side of the memorial reads: 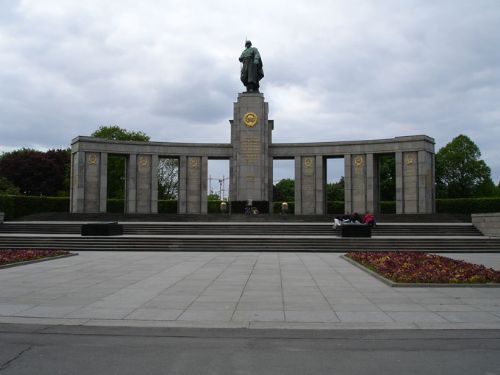 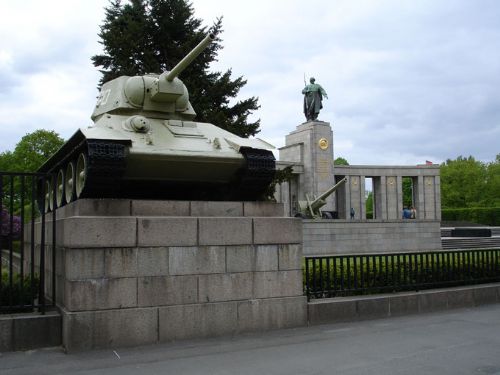 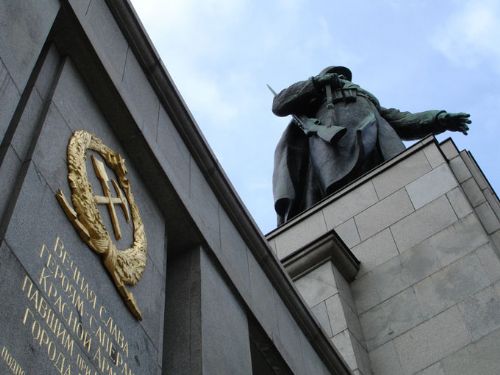 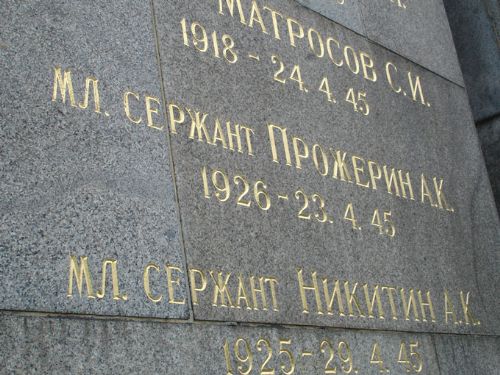 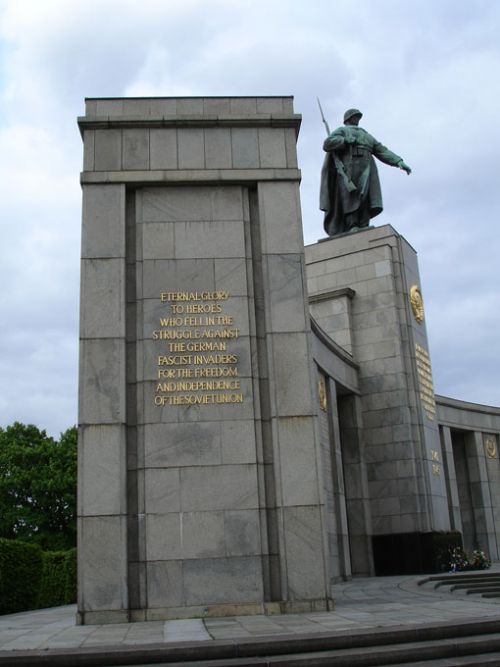