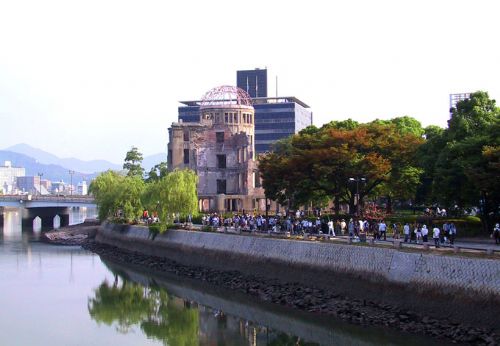 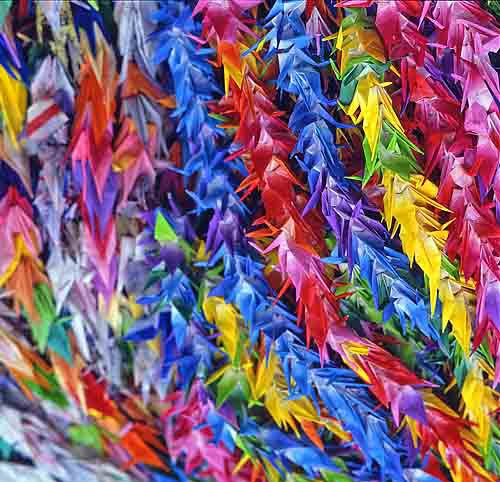 Paper cranes in the park, folded in memory of the dead.
License: PD | Source: link | enlarge 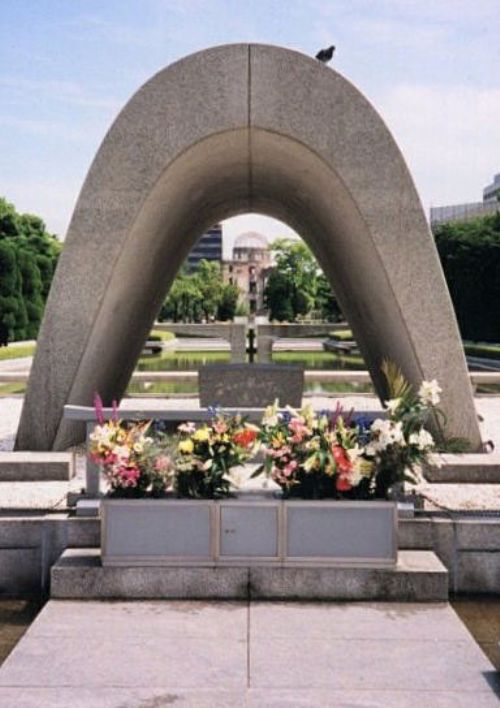 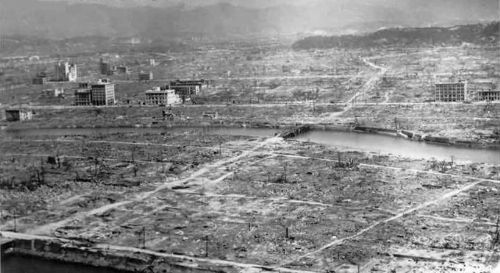 Hiroshima after the Atomic Bomb in 1945
License: PD | By: US Navy | Source: link | enlarge

Hiroshima Peace Memorial, called Genbaku Dome, the Atomic Bomb Dome, or the A-Bomb Dome by the Japanese is a UNESCO World Heritage Site located in Hiroshima, Japan. It was established as such in 1996.

The 6th August 1945 atomic explosion was almost directly above the building (the hypocentre was 150 metre / 492.125 feet away), and it was the closest structure to withstand the explosion. The building has been preserved in the same state as immediately after the bombing, and now serves as the reminder of nuclear devastation and as a symbol of hope for world peace and elimination of all nuclear weapons.