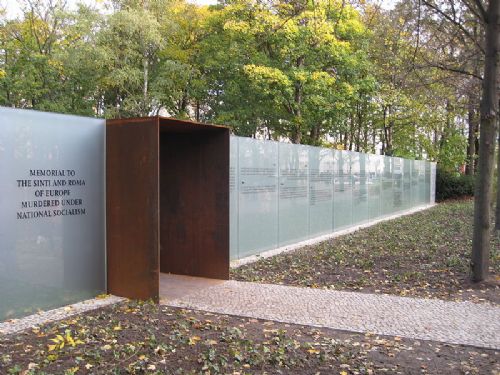 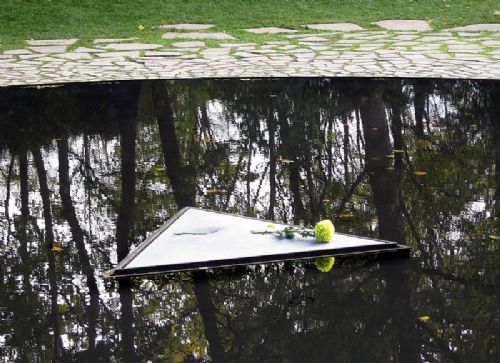 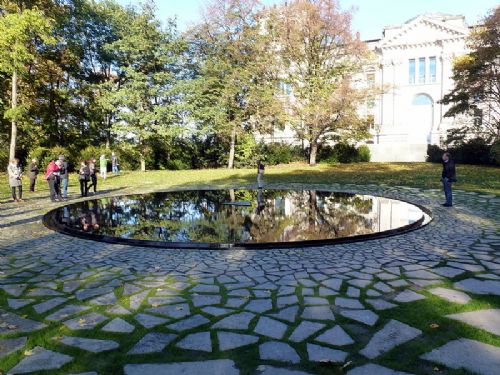 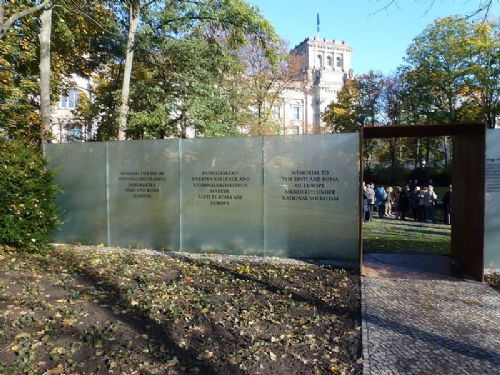 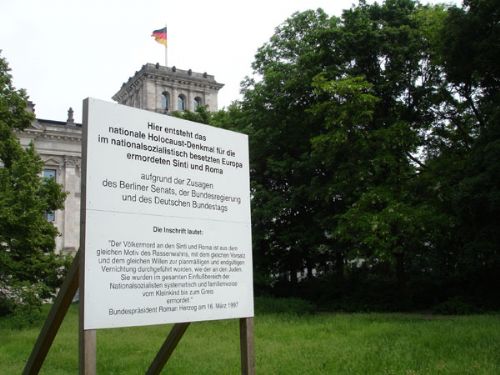 The Memorial to the Sinti and Roma victims of National Socialism is a memorial in Berlin, Germany. The monument is dedicated to the memory of the 220,000 - 500,000 people murdered in the the Porajmos - the Nazi genocide of the European Sinti and Roma peoples. It was designed by Dani Karavan and was officially opened on 24 October 2012 by German Chancellor Angela Merkel in the presence of President Joachim Gauck.